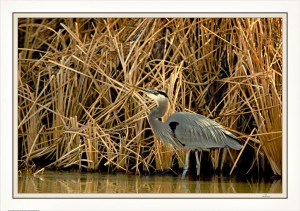 You have about 16,700 acres of Skagit Wildlife Area to birdwatch all year around and during the Skagit Birds of Winter Experience which features learning opportunities and special events.

Many of these wildlife acres are adjacent to Skagit Bay, between the mouths of the north and south forks of the glacier-fed Skagit River, the second largest in the state. They include a large part of Skagit Bay’s east shoreline, restricted mainly to second-class tidelands and intertidal marsh areas. Also included are many tributaries of the South Fork of the Skagit River and the islands between these tributaries, as well as some inter-tidal acreage in Port Susan Bay and an intertidal area on the Camano Island shoreline of Skagit Bay.

Tidal action and the mixing of fresh and saltwater create a rich estuarine environment. The characteristic habitats of the Skagit Wildlife Area include open water, island shoreline, tidal mudflats and marshes, forested uplands, and agricultural (diked) land. Most of the managed acres have agricultural fields, which are planted with cereal grains to provide food for wintering waterfowl.